Spot An American Tourist In Europe

How To Spot An American Tourist In Europe?

Americans like to travel, with the tight work schedules and more insane work hours per week ratio, no one is to blame. If someone is putting 43 hours a week shift, then, an occasional vacation is only valid.

Europe as all know is the favorite travel destination of Americans. And somehow, it is easier to spot an American tourist in Europe than any a tourist from any other country.

European people play this public game called “Spot the American.” In “Spot the American” one has to tell if a person is American or not from person’s behavior. It is about time European vacation packages should start mentioning it in their guidelines section too.

If you are wondering what are ‘the tells’ of an average American tourist, especially in Europe, this list is for you.

Every waiter in Europe can tell you how many Americans are in sitting in a restaurant. Not from the racial slurs but form the amount of water they drink. Americans tend to drink a lot of water.

Americans will also get mad if the waiter doesn’t refill their glass up within seconds. However, almost all the waiters love Americans for the way they tip.

In Europe, you are not obliged to pay hefty tips or to tip at all, but Americans love to tip. Money for pouring water repeatedly, doesn’t sound too much, does it?

No matter what Trump says about the Muchachas, people of America love Mexican food. If you find a person asking about Mexican food trucks or restaurants, you have spotted an American.

Americans cannot prolong their craving for spicy beans or cheese burritos. They must have it when they want it.

It is one of the easiest ‘tell’ of Americans, they wear baggy clothes all the time, sometimes even to the clubs and parties.

Many Europeans say they cannot wear something like that outside the gym or their home. American citizens, however, wear baggies all the time, white tennis shoes with them are just an assurance sticker.

Remember the movie Euro trip? If yes, then you already know where it is going. No one wears a fanny pack in Europe, other than an American.

Vendors and shopkeepers double their asking price just by having one look at these things.

Nonetheless, it is a very safe way of carrying your money and necessary documents safe from pickpockets and snatchers.

Many Boston travel agencies suggest people traveling to Europe, to wear these fanny packs, which can be a reason behind America’s love for fanny packs.

Every tourist has bags with him/her, but only an American can walk around with a backpack, big enough to stuff a dinosaur in it.

Big Bags is equal to American.

So, these are a few things that can turn you an American hunting people judging psychic. 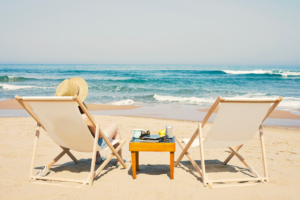 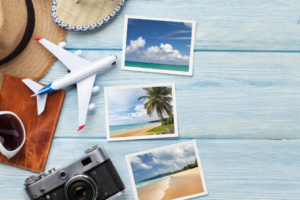 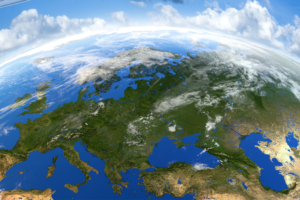