Walt Disney World is an experience like no other: each new land, from the Magic Kingdom to EPCOT theme park and everything in between, provides an immersive experience that gives you even more stories to tell once you’ve left. The energy, the nostalgia and excitement gives couples and families an experience of a lifetime. Call it the Disney magic. And, every magic trick is often a secret; Disney holds the best of them.

Here at Superior Cruise & Travel a KROZ Company, we adore Disney and have helped hundreds of families experience that magic with the best and exclusive Disney vacation packages available. To help you learn more about the Happiest Place on Earth, we’ve compiled a few secrets that will expand your realities and what you know about Disney.

If you grab a bite from Tony’s Town Square Restaurant, you’ll be pleasantly surprised by a few hidden secrets. Fans of Lady and the Tramp should rejoice here: this spot is named for the restaurant where the two classic dogs enjoyed their renowned spaghetti dinner. At the back of the restaurant you’ll find a tribute of Tramp’s love carved into the pavement, and at the back of the restaurant, if you look outside the window, you’ll see them enjoying a nice meal together.

Located in Town Square, the Chapeau Shop has an old crank telephone hanging on the wall that’s more than just a telephone. While it looks like decoration, if you pick up the receiver, you’ll “overhear” a variety of different conversations taking place. This is a nod to the party lines of yesteryear, where different homes in a neighborhood could listen in on other conversations.

Maurice’s Cottage from Beauty & The Beast

If you pay attention to detail, you’ll see many small facets of symbolism in Maurice’s Cottage from Beauty & the Beast. For example, next to a portrait of Belle when she was a child is a teacup and teapot that look a lot like the Mrs. Potts and Chip. A book that’s open on the table near the fireplace is no ordinary book; it’s the French classic “Le Songe d’une Femme” that Belle was reading at the fountain in her village (notice the torn page from when a goat ripped it). 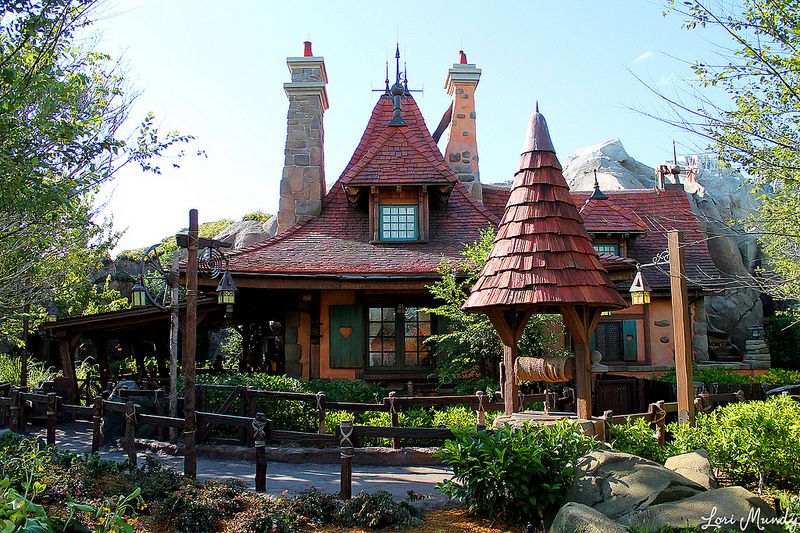 Located at EPCOT, this site contains water from different waters sources all around the world. It comes from the Arctic Ocean, Adriatic Sea, Caribbean Sea, Bodensee, Nile River, River of Thames, and over a dozen more. It is meant to represent peace and unity among different cultures and peoples.

Aurebesh, a language used in Star Wars, isn’t very difficult to learn in the real world. The characters of the alien language are featured across various websites, and fans of the show can quickly catch on. During the “Star Tours: The Adventure Continues” experience, if you take plenty of pictures of the writings on the walls when you’re in the queue, you can translate the characters to English when you get back home. 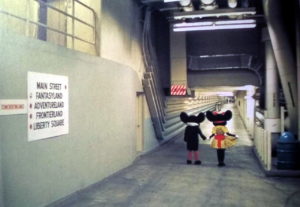 Many people don’t know that Magic Kingdom is actually above above ground level. The utilidor system is a web of tunnels built at ground level that appears to be beneath Magic Kingdom. The incline is so gradual that visitors don’t realize they’re actually one story above ground. The utilidors can be accessed behind Fantasyland (though certain attractions and shop shave direct access) and comprise 9 acres of underground territory, used by cast to quickly maneuver the park. The only way you can access the tunnel as a guest is through a Keys to the Kingdom Tour.

Traveling to the Greek Islands: Everything You Need to Know

Are you looking for an exquisite getaway destination? You may have seen or heard about “the Greek Islands” and for great reason! The Greek Islands are one of our favorite places to visit. Our clients second that too!  The Greek islands are the epitome of natural

5 Reasons to Take a Winter Cruise

We hate to be the ones to say it but, “winter is coming!” For this reason alone, you may want to treat yourself and family to a cruise in the coming months. From late November to through March is a prime time to go on a

Being on vacation is fun and exciting! Exploring new places, eating exquisite food, experiencing the thrill of new adventures and lots more. For most travelers, they are escaping the mundane of everyday life.  But, what happens when you’re back to reality and the post vacation blues