Crazy Festivals Around The World

Festivals mean only one thing happiness. The festivals are something everyone looks forward to and as important a part as religion to some cultures and the travelers too.

Majority of the travels like to explore festivals of different countries. Festivals are good chances of meeting people in jolly good mood and reading a country’s culture.

Here is a list of crazy festivals around the world which you cannot really miss if you call yourself a traveler.

La Tomatina has to be the most famous festival in the world quickly. How can people throwing fruits at each other and taking a shower from a fire truck, be not famous?

The famous festival is held on the last Wednesday of August since 1945. The roots of this festival are somewhat naughty.

Some young men started quarrel two years in a row by throwing tomatoes at people, and it was a tradition.

The tomato fight runs for an hour, and then the fire trucks enter the scene.

Participants remove tomatoes with the help of fire trucks. Almost all the European vacation packages have this festival shining on the top of their list.

Another mean of cleansing is the Los Penones, pools where they wash.

Have you ever heard of a hot air balloon festival? Well, now you have, Albuquerque International Balloon Festival- New Mexico is one outlandish festival.

The festival was started in 1972 by two gentlemen named Dick McKee and Sid Cutter ever since then the tradition began.

Now every year for nine days in October, people gather in Albuquerque’s Balloon Fiesta Park to fly hundreds of hot air balloons. With the time, the shapes of the balloons also have changed. Ever seen a pig flying in the sky? Visit here you will!

Rio, Brazil’s Carnaval has to be the most entertaining festival of this world.

Usually called as the most significant party in the universe, Carnaval, starts on the Friday afternoon before Ash Wednesday.

Carnaval starts with a funny tradition.  The mayor of Rio’s hands over the town keys to a mythical figure, called King Momo, who Brazilians believe leads the festival.

Huge parades organized by samba schools are the main attraction of the festival, in which beautiful samba dancers, perform on the streets.

Every year approximately 600 parties are organized in the city, and people from all around the world visit the place.

Famously about one million people attend the biggest ball of the city, Cordao Da Bola Preta.

People gather to party in honor of the dead. Face paintings are the best and the most entertaining part of the festival.

People decorate their altars with the favorite items of the dead loved ones. The festival is awfully lot similar to a Catholic holiday name named All Soul’s and all Saint’s day.

Festivals are hearts of every culture and a great way of understanding and studying any society. If you like to travel and to get to know other cultures, festivals are your best chance.

Even the experienced travel agents, organize their holidays around the festivals. Choose your package and enjoy the best days of your life. 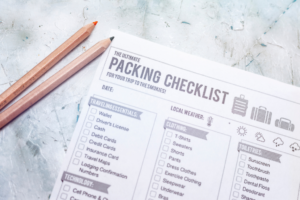 Travel Checklist: Everything You Need For Your Next Vacation

Not properly planning for your vacation can take a massive toll on your mental energy and finances. This unnecessary stress can cause many travelers to not enjoy their vacation. When you plan for your trip, you can prioritize things and improve your overall experience by being 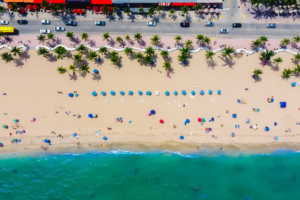 Things to Do In Florida That’s Not Disney

Florida is one of the most beautiful states in America that many vacationers flock to. ‘The Sunshine State’ boasts beautiful coastline, crystal-white sandy beaches, picturesque sceneries, pleasant weather, fabulous hotels, diverse culture, mouth-watering restaurants and more.  Although it’s known for Disney World which many of our 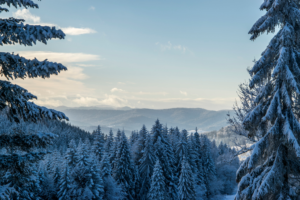 Amazing Winter Destinations in the U.S.

Winter is a great time for many Americans to unwind and relax from the hustle and bustle of daily lives. Many businesses tend to slow down as they start planning for the new year. Many employees will take a week or two off to spend time