Attend the 2022 World Cup in Qatar

The FIFA World Cup is one of the most exciting sporting events that will be center stage in Qatar from November 21 to December 18, 2022. The 32-team international futbol (soccer) event brings together the best teams and players from around the world.

Players including Ronaldo, Neymar, Messi, Mbappe, Kane, De Bryne, Pulisic and Davies will be transitioning from their club team to compete for their countries.

Competing in eight stadiums in and around Qatar’s capital, Doha, hundreds of millions will be tuning in on their televisions. But, how do you attend this extraordinary event? We have you covered! We’ll address this along with some interesting facts regarding this year’s World Cup.

Why was Qatar Chosen as the 2022 World Cup Host?

In 2010, Qatar clinched the rights to the World Cup after winning a ballot of FIFA’s executive members. Also in the running were USA, South Korea, Japan and Australia.

Although there was plenty of controversy surrounding the bid to Qatar, their message was based upon attracting new futbol fans in the Middle East and was in line with Sepp Blatter’s (former FIFA President) goal to expand the game worldwide.

Why Isn’t the World Cup in July?

Initially during the FIFA bids, countries were supposed to host in July including Qatar. Qatar’s bid overcame concerns about heat as officials said they will build air-conditioned stadiums. In 2015 the FIFA governing body concluded that a summer World Cup in 120-degree temps would bring unneeded problems and possible health concerns so it was moved (gratefully) to the cooler months of November and December.

Who Are the Favorites to Win?

Similar to previous World Cups, these teams are favored by oddsmakers: Brazil, France, England and Spain. In the next tier to win it all is Argentina, Germany, Belgium and the Netherlands.

How Will the United States Do?

Although they missed the 2018 World Cup, the U.S. Men’s National Team (USMNT) should be able to compete but are far from favorites. They landed in an intriguing group that includes England, Iran and Wales. Leading the USMNT is current Chelsea player and Hershey, PA native, Christian Pulisic. He will certainly be a player to watch.

What is the World Cup Schedule?

The tournament will follow along the lines of recent editions with a 32-team group stage which whittles the field down to 16 teams — only the top two teams from each of the eight groups survive.

Here is the schedule:

The U.S. will play Wales on November 21 and four days later will play England.

Every four years FIFA puts on the World Cup event for soccer fans to come together to watch their favorite players compete for the FIFA World Cup Trophy.

There are a few reasons why attending this event can be a once-in-a-lifetime experience.

First, the USMNT is competing. As we witnessed in 2018, it’s not a guarantee that we will see our Americans compete among the best in the world.

Secondly, arguably the two greatest soccer players ever to play the game, Cristiano Ronaldo and Lionel Messi, are at the tail end of their careers. It is very likely that this will be their last World Cup appearance.

Lastly, the World Cup is a 90-minute electrifying experience. Each minute and every play is crucial. Fans are at the edge of their seats looking to upset the powerhouses. The favorites are looking to avoid elimination and humiliation.

Let Superior Cruise & Travel, a KROZ Company, help you plan your itinerary for the 2022 World Cup! Whether you are looking to attend the U.S. matches, the later rounds or the entire tournament, we have FIFA World Cup packages that are unique to your stay. From airfare, lodging, tickets, events and dining, we’ll take care of it all!

Start Planning the World Cup 2026 in the United States, Canada or Mexico!

FIFA recently awarded the United States as the host of the  2026 World Cup! This is exciting news as the world’s best will showcase their talents on our home fields. Under the current plan, the United States will host 60 of the 80 matches while Canada and Mexico would each host 10 matches.

We know it’s still years away but you can start planning for this once-in-a-lifetime opportunity! 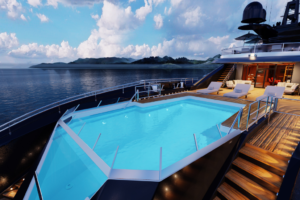 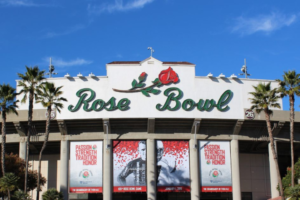